New album alert! This December 31st, listen to Look! Routine-Based Songs for Little Language Learners (& Big Ones Too!), ten wildly fun and shockingly catchy songs that get both your brain and body moving! This album is all about ROUTINE and REPETITION with little variations of language. This format is a proven speech-language therapy technique used to cement words and phrases, mitigate gestalts, and teach the building blocks of language and communication.
All instruments (besides saxophone on track #10, by Devin Hollister aka De La Torre), recording, production, mixing, mastering, etc. by Mr. Elephant himself. Album art by Jack Bernstein.
So brush your teeth and get ready to smile! Mr. Elephant's sophomore album is ready to rumble! 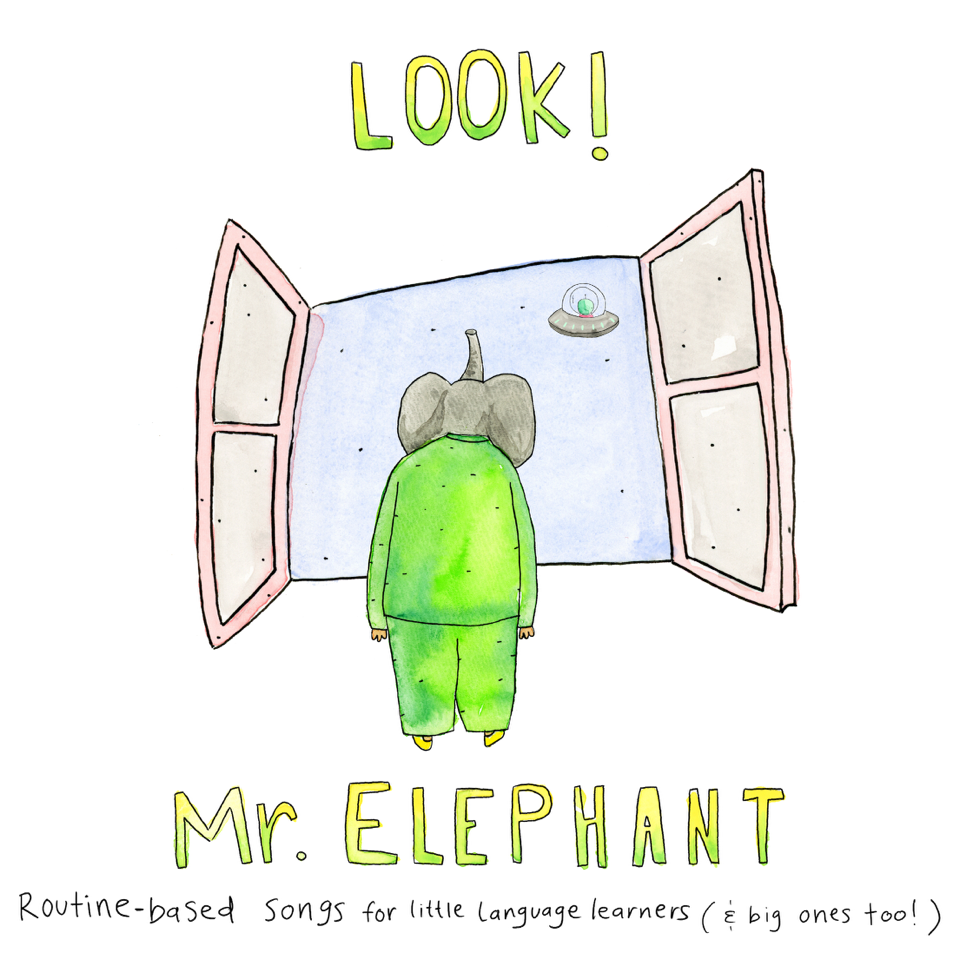 Gingerbread Man How You Doin?

When You Gotta Go 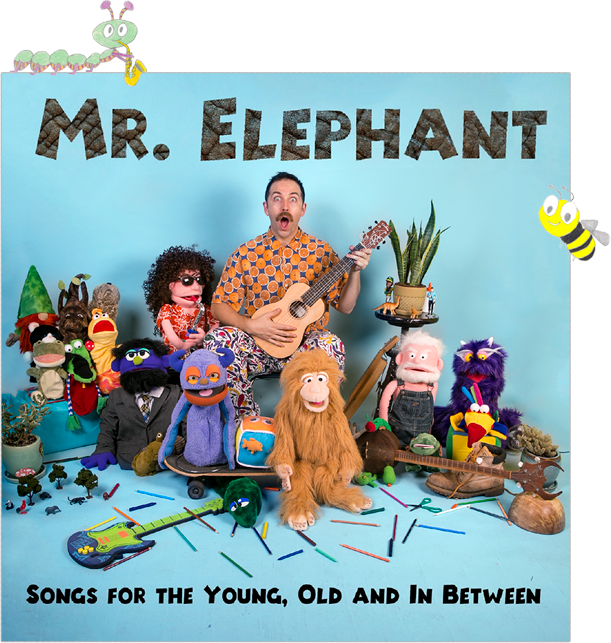 Long ago, a family of elephants roamed through the jungle. The youngest of those elephants was named Paul, and he loved to sing! But he wished he could play guitar while he sang his favorite tunes. Then one day as he woke up, he looked down. It was magic! He had fingers. He had hands. He was... a person!

Well, Paul ended up moving to the big city and becoming a speech therapist for little humans, writing music and helping people learn how to communicate with each other. He now makes that music as Mr. Elephant, singing his songs for young children, big kids and everyone else! 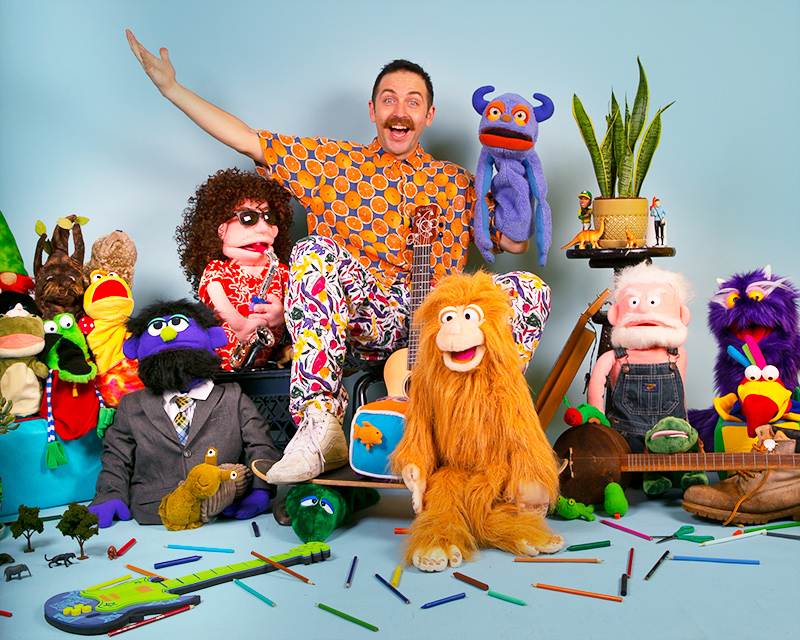 So turn your ears towards a Mr. Elephant song now!